EDITH STEIN  (Purple) 'The nation doesn’t simply need what we have, it needs what we are' 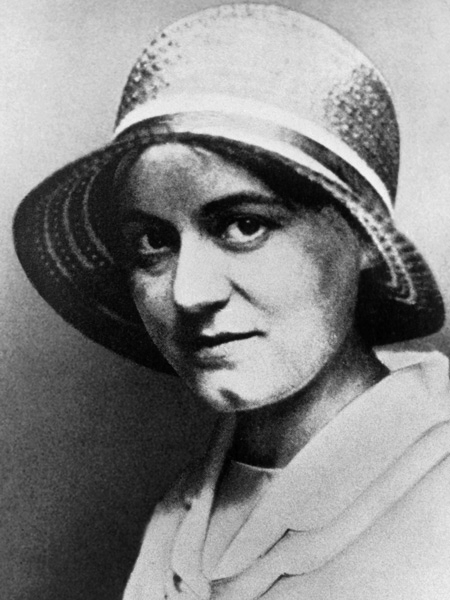 Edith Stein was born on Yom Kippur, the Jewish Day of Atonement, in 1891 in Breslau, Germany, (now Wroclaw, Poland), the youngest of eleven children in a devout Jewish family.

When she was not yet two years old her father died suddenly, leaving Edith’s mother to raise the seven remaining children (four had died in childhood) and to manage the family business.  Brought up on the Psalms and Proverbs, Stein considered her mother a living example of the strong women of Proverbs 31, who rises early to care for her family and trade in the marketplace.  By her teenage years, Stein no longer practiced her Jewish faith and considered herself an atheist, but she continued to admire her mother’s attitude of total openness toward God.

Like many before and since, Edith Stein came to Christianity through the study of philosophy.  One of the first women to be admitted to university studies in Germany, she moved from the University of Breslau to the University of Gottingen in order to study with Edmund Husserl, the founder of phenomenology.  Stein’s philosophical studies encouraged her openness to the possibility of transcendent realities, and her atheism began to crumble under the influence of her friends who had converted to Christianity.

During the summer of 1921, at the age of twenty-nine, Stein was on holiday with friends when she read the autobiography of St Teresa of Avila, founder of the Carmelite Order.  She read it in one sitting, deciding the Catholic faith was true and went out and bought a missal and a copy of the Catholic catechism.    She was baptised the following January, but her desire immediately to enter the Carmelites was delayed for a time.  Her advisers saw that her conversion would be a blow to her mother, and they knew the Church could benefit enormously from her contributions as a speaker and writer.  Stein eventually became a leading voice in the Catholic Woman’s Movement in Germany, speaking at conferences and helping to formulate the principles behind the movement.  By the time Hitler rose to power in early 1933, Stein was well-known in the German academic community.  Hitler’s growing popularity and the increasing pressure on the Jewish people, prompted her to request an audience with the pope in the spring of 1933.  She hoped that a special encyclical might help counteract the mounting tide of anti-Semitism.

Unfortunately, due to bureaucratic confusion, her request was not granted.  By March of that year Stein’s colleagues at the Educational Institute in Munster realised that they could protect her no longer, and so offered her a teaching position in South America. Since this would mean that her mother, now eighty-four, would never see her again.   Stein felt that the time had come to fulfil her long-standing desire to enter religious life.

While on a trip during Holy week of 1933, Edith stopped in Cologne at the Carmelite convent during the service for Holy Thursday.  She attended it with a friend, and by her own account, the homily moved her very deeply.  She wrote:  “I told our Lord that I knew it was His cross that was now being placed upon the Jewish people; that most of them did not understand this, but that those who did would have to take it willingly in the name of all. I would do that.  At the end of the service, I was certain that I had been heard.  But what this carrying of the cross was to consist in, that I did not yet know”.

On October 15th, just after her forty-second birthday, Edith Stein entered the Carmel of Cologne, taking the name Teresa Benedicta of the Cross.

Stein’s family saw her entry into the convent as a betrayal, and as coming at the worst possible time, just when Jewish persecution was intensifying.  Christianity was the religion of her oppressors: they couldn’t understand what it meant to her.  When Stein’s mother heard of her decision to enter the convent she was crushed.     Stein remained in Cologne for five years, participating in the life of the community with great joy while continuing her scholarly work.   After the terror of Kristallnacht (Noveber 9 1938), the nuns in Cologne feared for Stein’s safety and decided to send her secretly to the Carmel in Echt, the Netherlands.  Her sister Rosa later joined her there as a Third Order Carmelite, serving as the convent portress.   When Holland fell to the Nazis, Edith and Rosa Stein were in danger again, and plans were made to move them to Switzerland.  Before these could be finalised, the Dutch bishops issued an encyclical attacking the anti-Sematic atrocities of the Nazi regime.    The Gestapo retailed immediately by rounding up all Roman Catholic Jews to be sent to the death camps.  Edith and Rosa Stein were arrested on August 2, 1942.  When Rosa seemed disorientated as they were led away from the convent, Edith gently encouraged her, “Come on Rosa.  We go for our people”.  The sisters were deported to Auschwitz and executed just a week later.  Edith was fifty years old.

Reports from those who were close to Sister Teresa Benedicta in those final days show her to have been a woman of remarkable interior strength, giving courage to her fellow travellers and helping to feed and bathe the little ones when even their mothers had given up hope and were neglecting them.